Known for her calm self, Fanta Bidiga has always been an enthusiast person who will take on every challenging task.Coming from a country where getting a professional photographer is very difficult, she never let that quench her fire to emerge among the best during the Miss West Africa International competition. In different outfit and long black wavy hair, she makes striking poses for for new photoshoot. She always seems excited people haven’t noticed this sexy side of her. She finally breaks out of her shy self to impress her fans. Check the new pictures out:

The long awaited auditions for Miss West Africa Ghana is finally and is slated for 13th December at the W. E. Dubios center, the auditions is the first step to finding young beautiful models who are intelligent and can represent Ghana in the international competition. Last year saw the reign of Ellen Gyapong who represented Ghana in Nigeria Asaba for the main international competition. If you are young, beautiful and talented then this is a pageant for you. Be there on the 13th and get a chance to be selected. 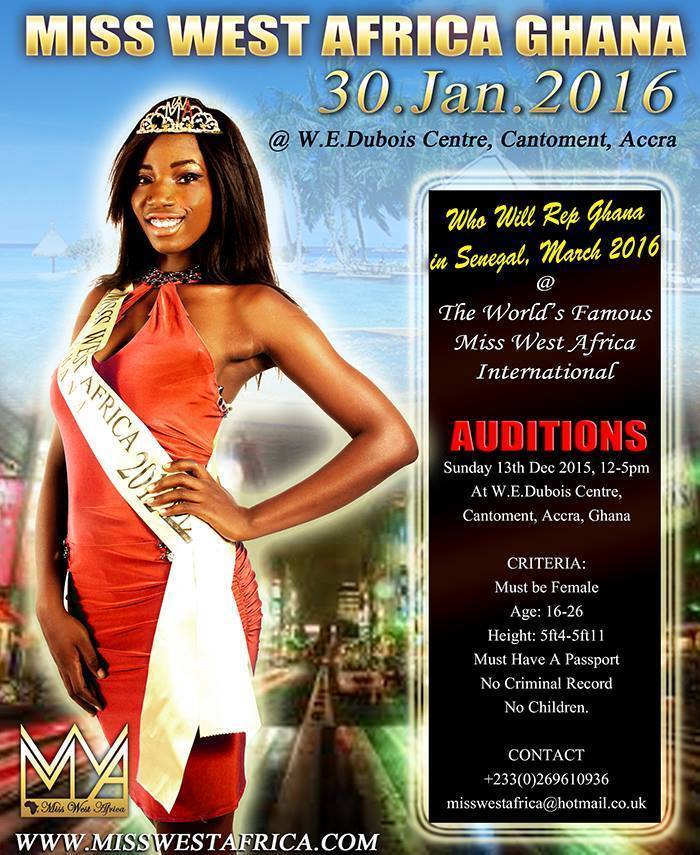 The queen of development have been busy spreading her beautiful wings around. We are simply dazzled to see the new shoot of Florence epee looking amazing in a Lisette Zoua petal dress with beautiful make up by Chocofraise, shot by the talented Williamnsai.com. Beauty they say is skin deep but Florence gives you a perfect description of beauty on the outside before you meet her beautiful soul. Enjoy the pictures

Months after winning the title Miss West Africa international 2014 and Florence Epee has already covered her third magazine. The fast rising beauty star seems to enchant everyone with her beauty, personality and intelligence. It therefore came as no surprise when the Gambian magazine www.jojomag.com decided to make Florence the cover girl for their latest issue. Florence talk about winning the crown, her current project to help war victims and the years ahead for her. Visit www.jojomag.com and read all about it. 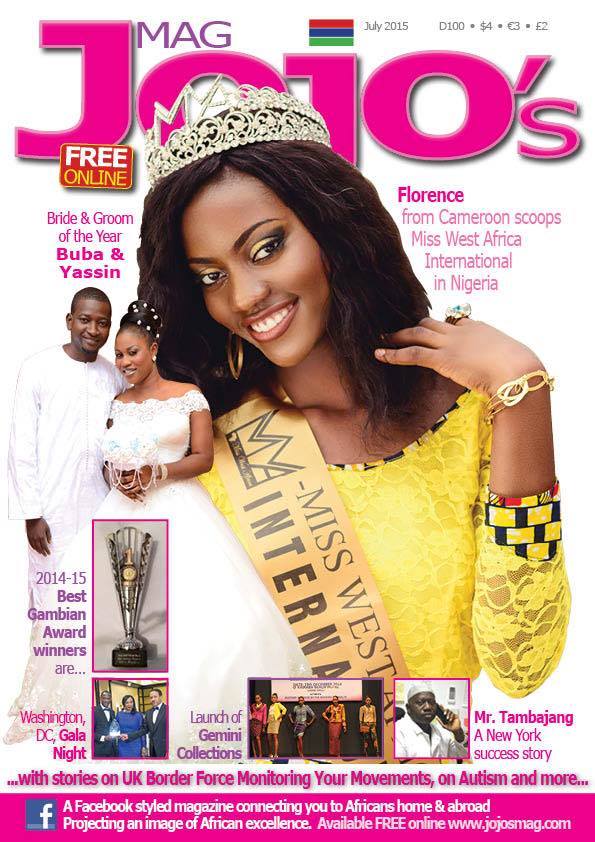 Florence Epee, current Miss West Africa International 2014 starred a leading role in the Maggie advert for francophone countries. Maggie a food spice portrays the African woman to have excellent cooking skills and therefore deserve to be praised.It was also a promotional ad as every cube bought comes with an opportunity to win various prizes. Florence epee is a beautiful young mum in this ad and in reality is indeed a star. see video here : https://www.facebook.com/MissWestAfricaInternational/videos/vb.142091015893371/577760718993063/?type=2&theater

When you have a pretty face, interesting personality and a good heart and wins an international pageant, then everyone wants to know you.Such is the case of Florence Epee, the new Miss West Africa international 2014. After a controversial pageant and an undeniable winning, Florence Epee covers her first magazine on none other than VL. she talks about the controversy surrounding her being crowned, her determination and the faith she had throughout the pageant. she talks about always wanting to be a role model to the younger ones and how winning Miss West Africa international is giving her the platform. […]

MWA Nigeria is nearly here and the country is Buzzing!!